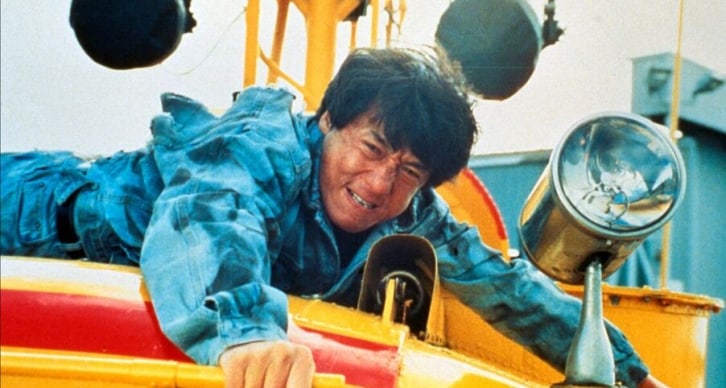 To put it politely, Kung Fu in the 90s was getting kind of silly as it was integrated at times with western cinema and therefore kind of blended into something that was more amenable to the tastes of those that know little to nothing about martial arts in general save for the myths that they like to watch in movies and on TV. The artistic quality and realism of said movies had already gone the way of sensationalism and become less and less real as the years went on and to be honest a lot of what’s out there at this point is done by those that have actually been involved in the martial arts for years. But to be realistic a lot of what they do in the movies would only be possible if the situation was just perfect for such moves and techniques to work. Honestly, when was the last time you saw a martial artist get into a street fight and take people apart one by one? The movies are great though, and that’s why we tend to enjoy them.

Here are some of the best martial arts movies of the 90s.

Seriously, in a fight Jackie Chan would take Chris Tucker down in a heartbeat without a doubt, but when having to deal with Tucker’s mouth and propensity to pull his gun there’s something to be said about this partnership and how it’s pretty special. One of the ways it was hyped was by stating the Chan had the fastest hands in the east and would be meeting up with the fastest mouth in the west, which was fairly accurate since anyone that’s ever watched Tucker knows he can run his mouth a mile a minute if you let him, at least when he’s in character. That’s a big part of why this movie worked in the first place.

4. Rumble in the Bronx

Jackie Chan was one of the biggest names in the 90s if you couldn’t tell when it came to martial arts movies largely because he did his own stunts a lot of the time, he was entertaining, and his stories tended to revolve around helping out those in need. In this movie he plays a man that is at odds with a local biker gang to start with and continually tries to get them to leave his uncle’s former store alone while attempting to steer clear of them. When push comes to shove however he confronts the gang in their hideout and dishes out what could only be called a healthy helping of street justice.

3. Once Upon A Time in China

Despite being seen as part of a series of films, which it is, Once Upon A Time in China is a film that shows how western influence started to really change things once it was accepted and eventually taken on by those that felt the inevitability of such change. For a long time the lands to the east resisted change when it came to any that existed outside their borders, at least so far as we’ve been told, but as the years rolled on it became obvious that change was going to happen whether it was wanted or not. At some point even the folk heroes like Wong Fei-hung had to realize this and go along with it.

When it comes to being realistic there are some elements in this movie that make that cut, but the fighting scenes, however impressive, leave one wondering just how much people were supposed to believe when it comes to the fighting prowess of the Chinese. Flying through the air, using caltrops as effective weapons and ‘flying sleeves’ as deadly instruments seems a little out there in terms of realism, but in a cinematic sense it is kind of entertaining. Plus the idea of warrior-monks has always been something that a lot of people manage to enjoy since it implies that they’re calm, composed, and even more deadly for it.

1. The Legend of Drunken Master

If you’ve ever seen drunken boxing in real life you might think that it’s highly impractical and not at all useful in a fight. But once again in a given situation and depending on the skill of the individual there’s a lot that can be said for any fighting style. But in this movie the drawback is that the more drunk one gets the less stable they become no matter how powerful they get. Chan’s character is normally calm and composed but when he gets rip-roaring drunk he’s just about unstoppable since he falls so easily into his rhythm that nothing and no one can really stand against him toe to toe.

The 90s were edgy when it came to a lot of films, but martial arts movies were turned into epics where nearly every fighter was a deadly weapon unto themselves.