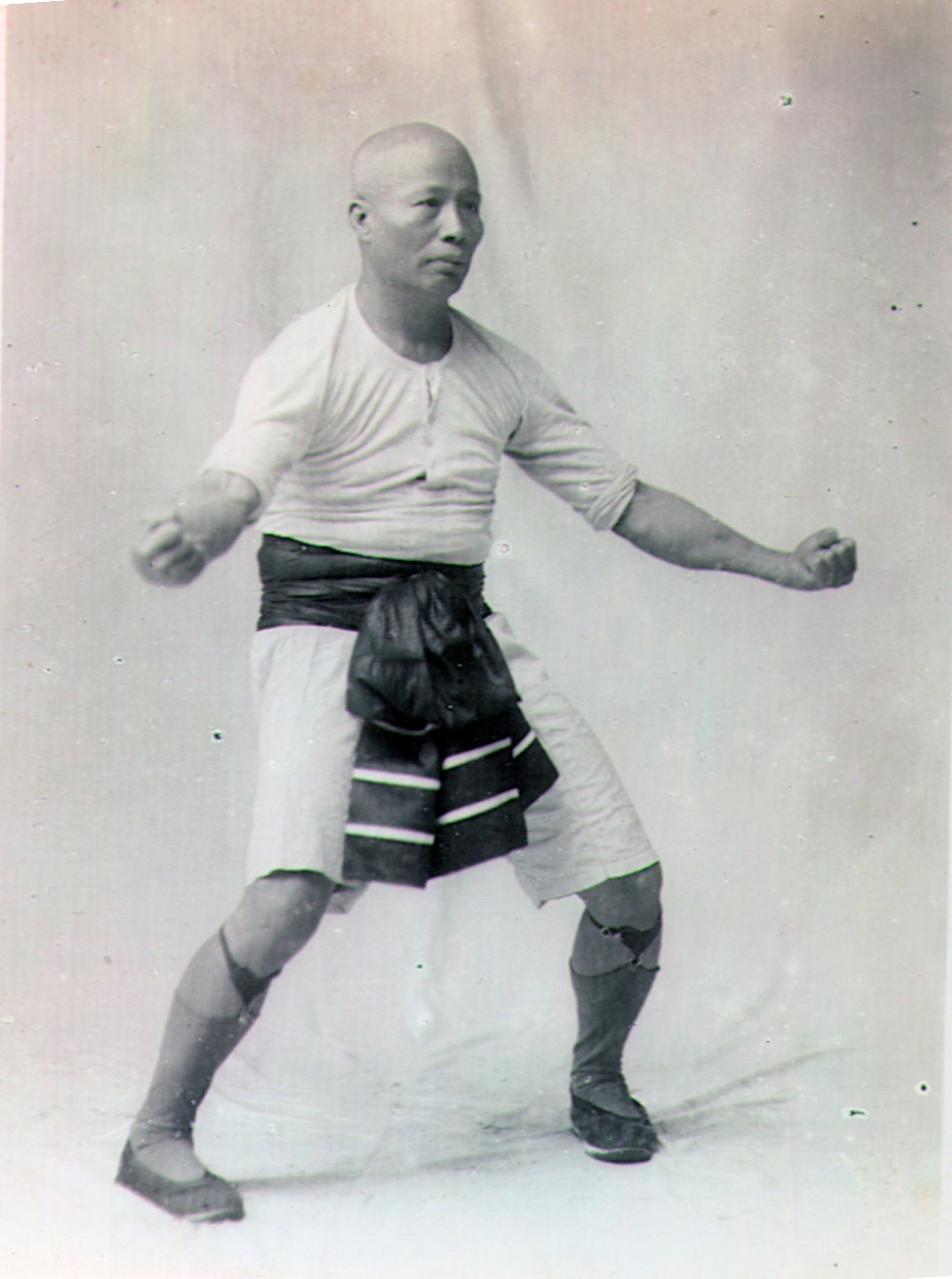 An awesome article to see the technology used to re-create some long lost information! Grand Master Lam Sai-Wing is in our lineage of Kung Fu style that we practice here at the dojo! 🙂

Hung kuen-style kung fu master Lam was photographed showing his moves in the 1920s. Motion-capture footage of his descendants practising hung kuen was analysed and combined, resulting in a 3D animation of Lam in action
PUBLISHED: Tuesday, 05 September, 2017, 6:18pm 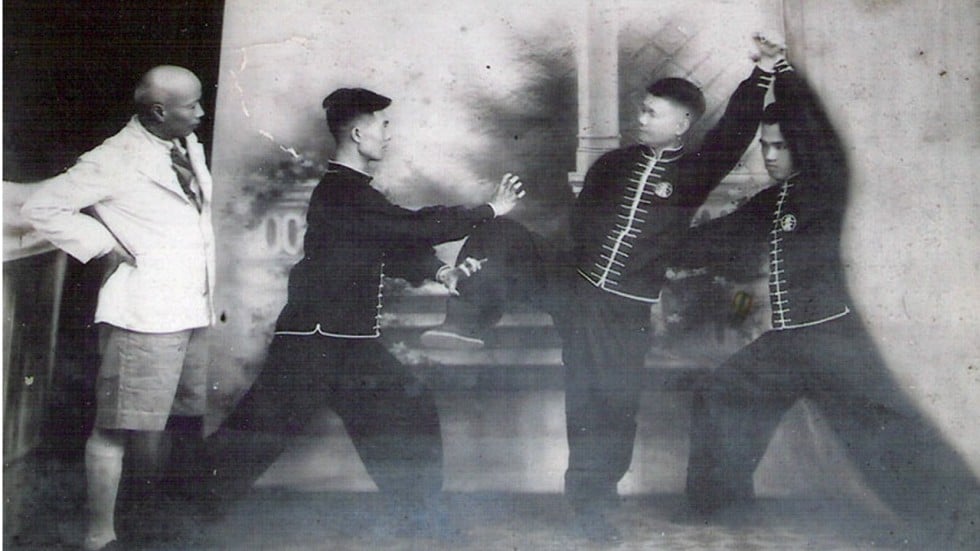 By: Rachel Cheung
Fascinated by photography, Lam Sai-wing, a grandmaster of an important kung fu system known as hung kuen, was so drawn by the technology that he showed his moves in front of the camera, capturing each step in photos. That was in the 1920s, and little did he know, the pictures will enable future generations to bring his art back to life almost a century later. 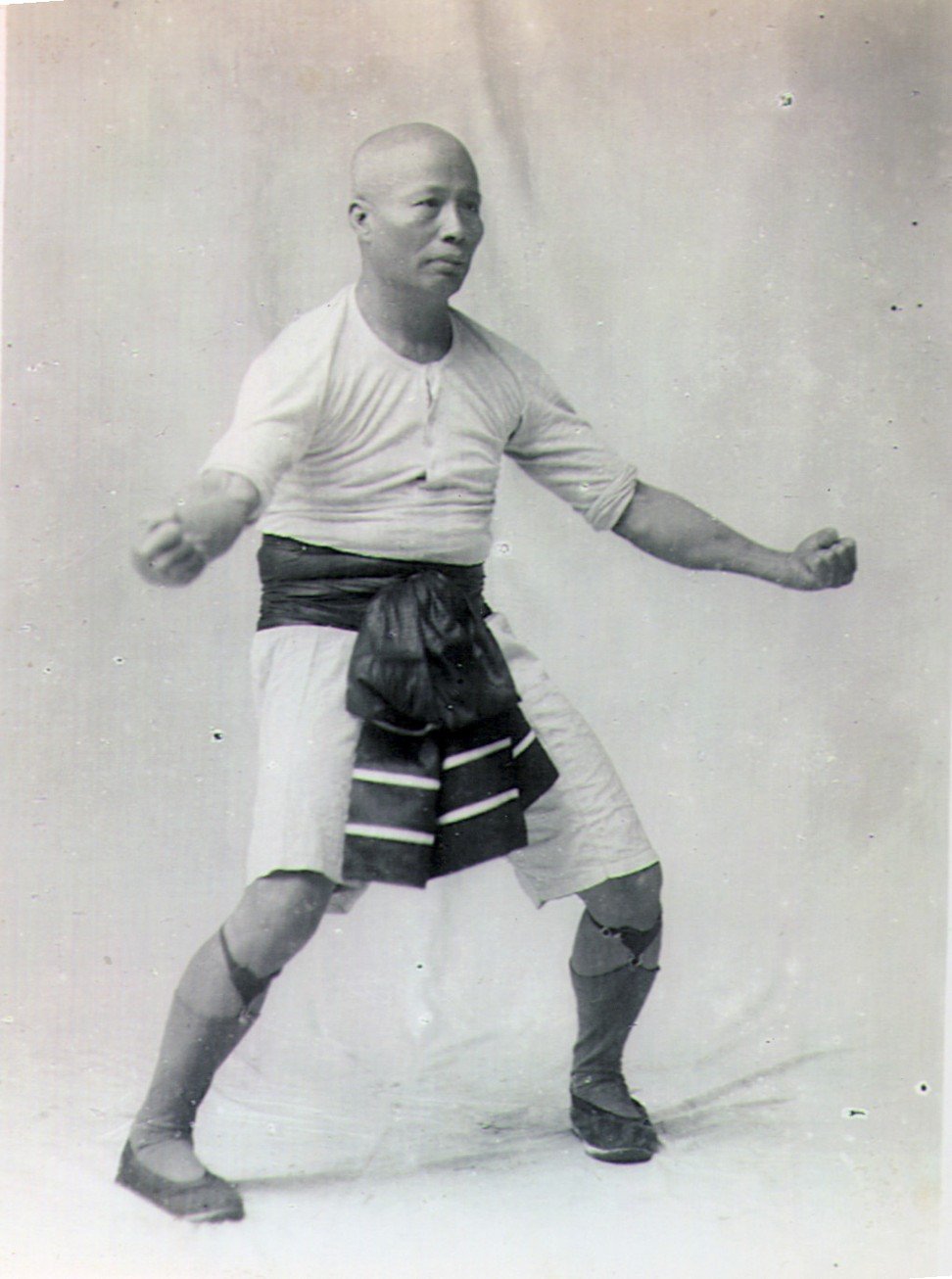 A realistic animation of Lam’s Iron Wire Boxing is one of the highlights in the exhibition Lingnan Hung Kuen Across the Century: Kung Fu Narratives in Hong Kong Cinema and Community, which opens at the Hong Kong Visual Arts Centre on September 6.
The team – International Guoshu Association (IGA) working with City University of Hong Kong – built a 3D model of Lam with his photos and captured the core motion data by having master Oscar Lam, the fourth generation carrier of the Lam family hung kuen style, demonstrate in a studio. The data was then mapped onto the model. But the story doesn’t end there. 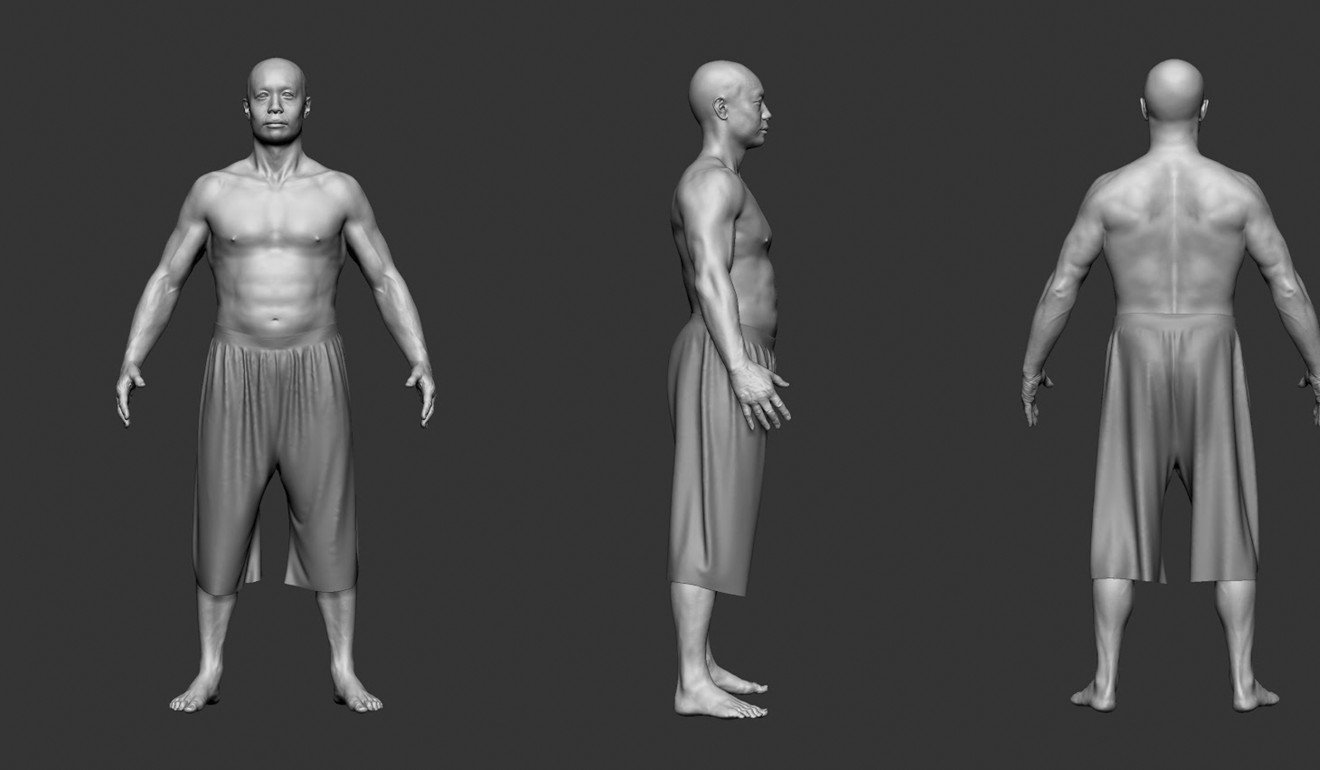 “There are nuances or characteristics of each performer. Oscar’s performance is certainly his own and cannot be used to directly represent Lam Sai-wing,” says Hing Chao, curator of the exhibition and executive director of IGA. To present an animation that is closest to Lam’s rendition of Iron Wire Boxing, the team compared the motion capture data with performances by Oscar Lam Chuen-ho’s father Lam Chun-fai, historic photos of Lam Sai-wing and extrapolation of Lam’s teachings. The entire process took six months.
“We do it because we can,” says Jeffrey Shaw, director of the Centre for Applied Computing and Interactive Media at the City University, where the motion capture studio is located. “It’s a way of bringing the past into the present and making it more seductive to a contemporary audience.”
The exhibition, a programme in this year’s Hong Kong Culture Festival, focuses on two influential families that were practitioners of Hung Kuen. “Hung Kuen played a very prominent role in modernisation of southern Chinese martial arts and had a great impact on the development of kung fu in Hong Kong both before and after the war,” says Chao, adding it is very rare for a kung fu style to have more than 100 years of history in the city. 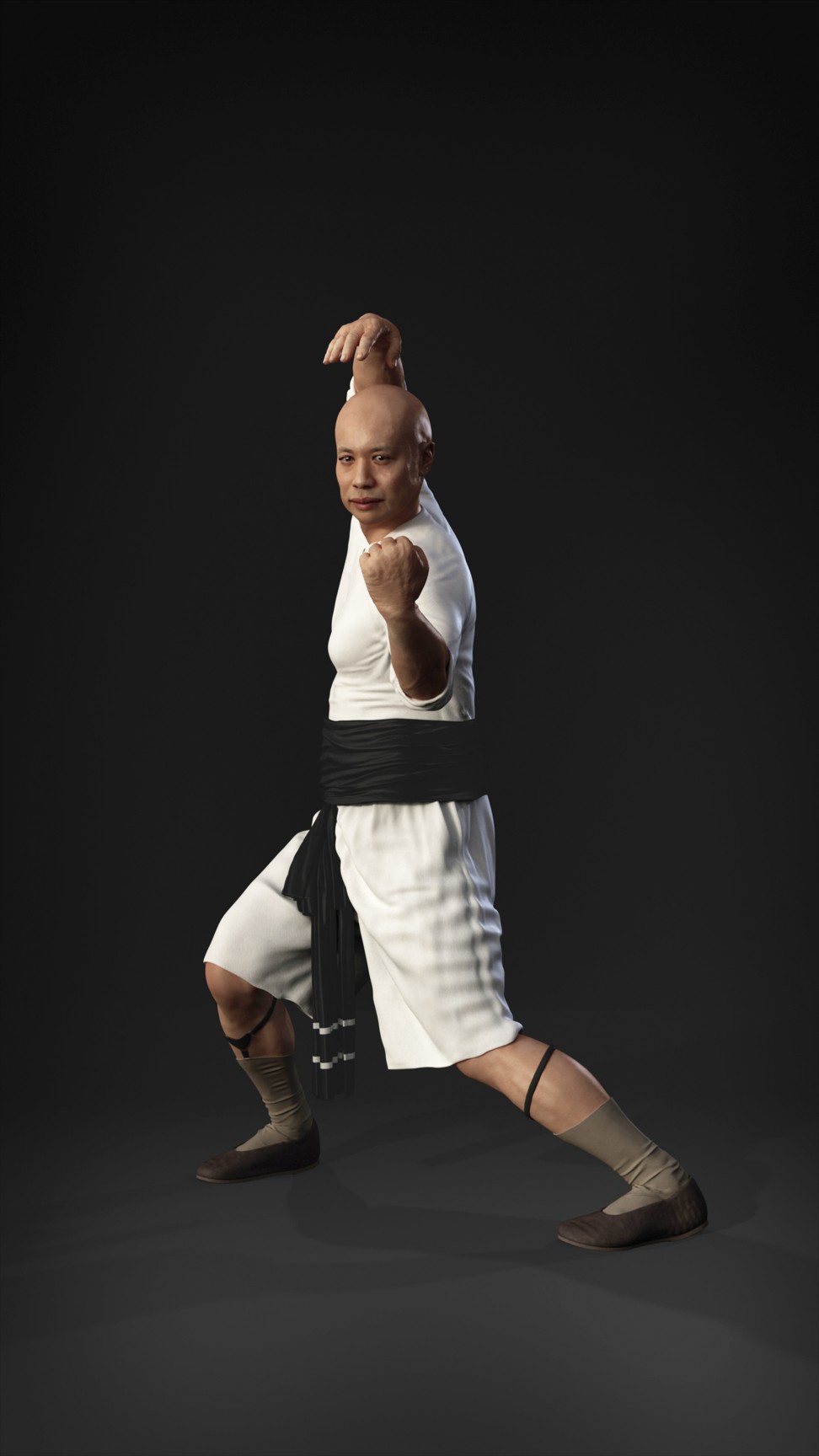 Lam also contributed to the modernisation of the traditional art. “This is seen in his efforts to construct Nam Mou Athletic Association, which was the first athletic association in Hong Kong that took on board a lot of those Western sports education concepts, but focused on the heritage and practice of traditional southern Chinese martial arts,” says Chao. 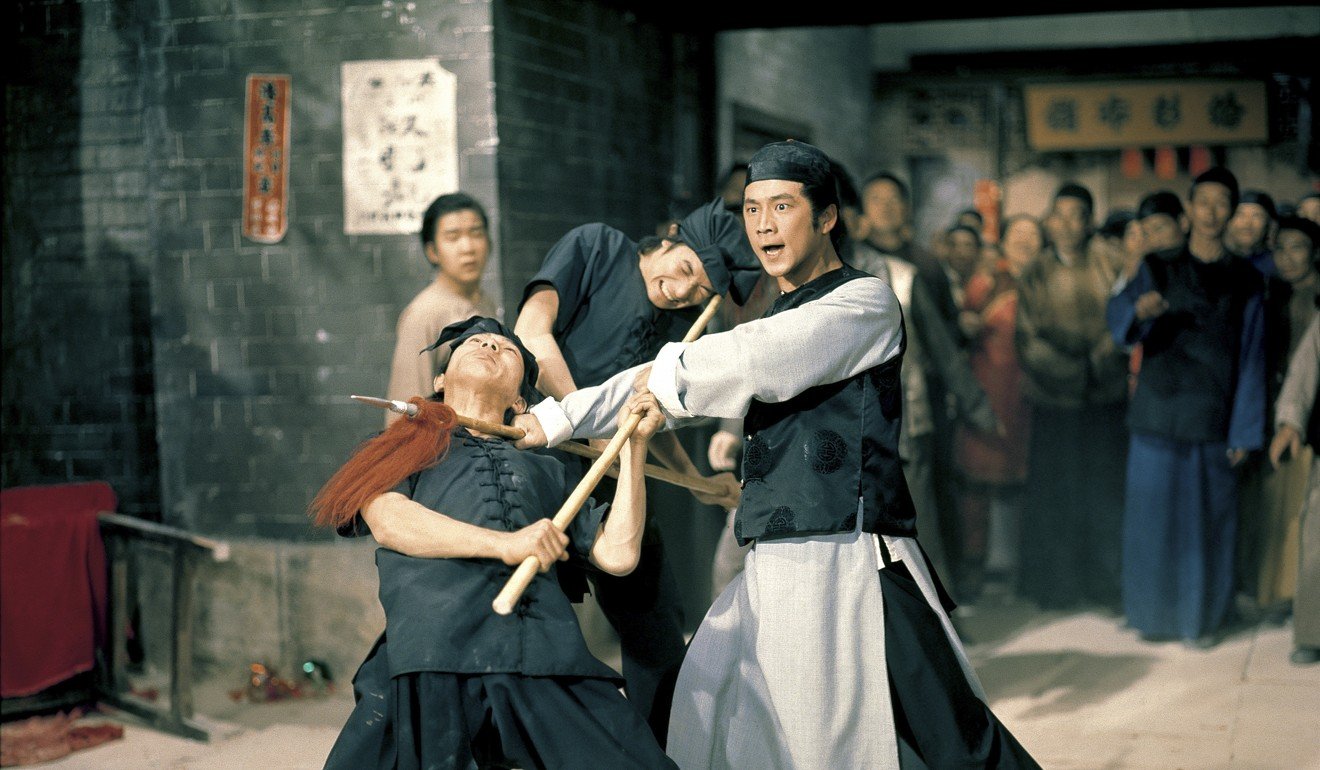 The other martial arts family featured in the exhibition is that of Liu Zhan. Liu’s son is late film director Lau Kar-leung, who worked in the 1970s and ’80s for the Shaw Brothers Studio, first as an action choreographer before directing his own films. Selected scenes from his classics, such as The 36th Chamber of Shaolin and Martial Club, have been adapted into 3D and will be shown at the exhibition.